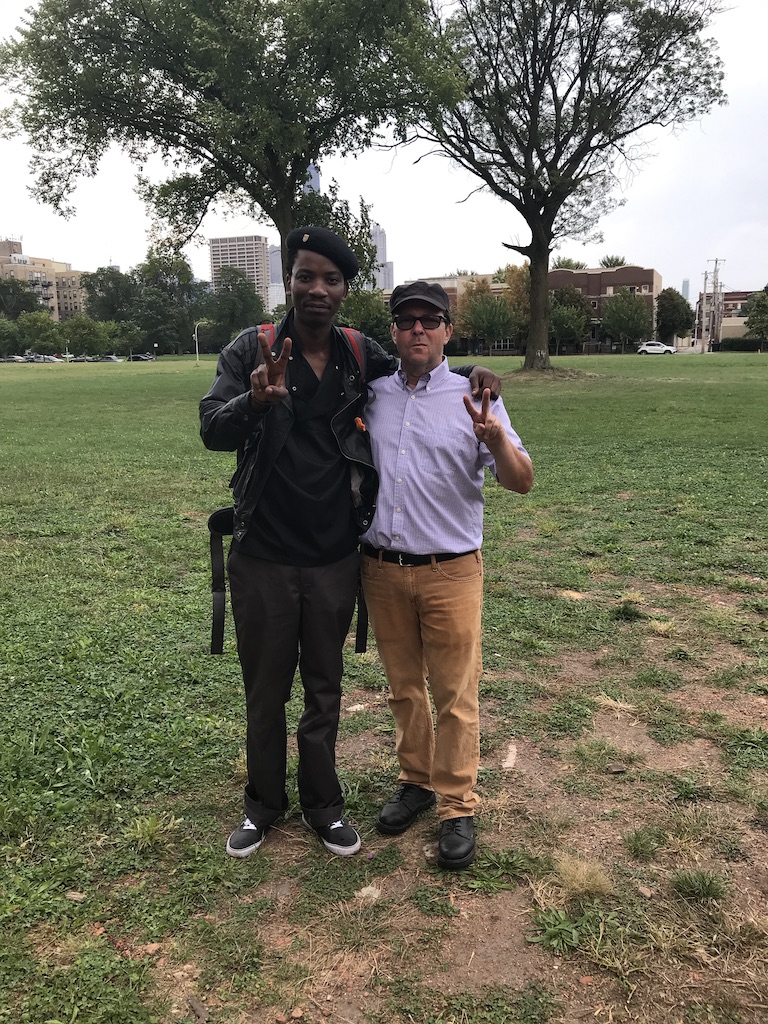 Jim Duignan is an artist, forming the Stockyard Institute in 1995 as a civic, artist project in the Back of the Yards community of south Chicago. Stockyard Institute was influenced by community artists, revolutionaries, local activists, and radical teachers who explored the community as sites of contest and considered the social and civic forms of public engagement as much a part of practice as they did their life. Duignan is a professor of Visual Art in the College of Education at DePaul University of Chicago where he is the Chair of Visual Art Education.

In addition, Duignan’s work has been published in The Atlantic Monthly, The Art Newspaper, Prestel Publications (Nick Cave’s Epitome), The New York Times, Chicago Reader, New Art Examiner, Chronicle of Higher Education, New City, Chicago Tribune, and many others. His work has been recognized by the Weitz Family Foundation, Illinois Humanities, Artadia, and the Art Institute of Chicago.

(photo) My friend Malose Malalela from his extraordinary project Ketlakela Library! in Johansburg, South Africa. We are pictured by the future home of the National Public Housing Museum where we collaborated on a work for the Chicago Architectural Biennial in 2019.